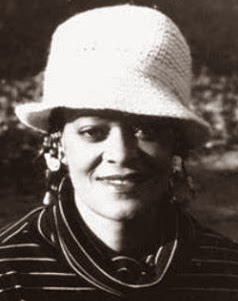 The Role fo the Writer, the Artist

The task of the artist is determined always by the status and process and agenda of the community that it already serves. If you’re an artist who identifies with, who springs from, who is serviced by or drafted by a bourgeois capitalist class then that’s the kind of writing you do. Then your job is to maintain status quo, to celebrate exploitation or to guise it in some lovely, romantic way. That’s your job…

As a cultural worker who belongs to an oppressed people my job is to make revolution irresistible. One of the ways I attempt to do that is by celebrating those victories within the [B]lack community. And I think the mere fact that we’re still breathing is a cause for celebration. Also, my job is to critique the reactionary behavior within the community and to keep certain kinds of calls out there: the children, our responsibility of children, our responsibility to maintain some kind of continuity from the past. But I think for any artist your job is determined by the community you’re identifying with.

But in this country (US) we’re not encourage and equipped at any particular time to view things that way. And so the artwork or the art practice that sells a capitalist ideology is considered art and anything that deviates from that is considered political propagandist, polemical or didactic, strange, weird, subversive, or ugly.—Bambara, Toni Cade, and Thabiti Lewis. “An Interview with Toni Cade Bambara: Kay Bonetti.” In Conversations with Toni Cade Bambara, 1982

Nineteen years later and it’s still extremely hard to fully grasp that Toni Cade Bambara became an ancestor on December 9, 1995 at 56 years of age. Cancer claimed her body but Toni’s Spirit is present in the lives of all those she touched in North America and throughout the world. Her legacy lives through her daughter Karma and her incredible body of work. An award-winning author, her written work includes the anthologies “The Black Woman” (1970) and “Tale and Stories for Black Folks” (1971); the short story collections, “Gorilla, My Love” (1972) and “The Seabirds Are Still Alive” (1977); and one novel, “The Salt Eaters” (1980), which won the 1981 American Book Award from the Before Columbus Foundation.

Nobel Laureate and Pulitzer Prize winning author Toni Morrison published two of her dear friend Bambara’s work posthumously Deep Sightings and Rescue Missions (1995), a collection of fiction, essays, and conversations; and, Those Bones Are Not My Child (1999), a novel.

Linda Janet Holmes and Cheryl A. Wall co-edited “Savoring the Salt: The Legacy of Toni Cade Bambara” (2007), a collection of writings by artists, activists, and scholars who reflect upon Bambara’s influence on American culture. Thadbiti Lewis edited “Conversations with Toni Cade Bambara” (2012), a collection of interviews with Bambara from the late 70s through the early 90s. In 2013, Bambara was inducted into the Georgia Writers Hall of Fame. Linda Janet Holmes’ highly anticipated biography “A Joyous Revolt: Toni Cade Bambara, Writer and Activist” will be published this year. 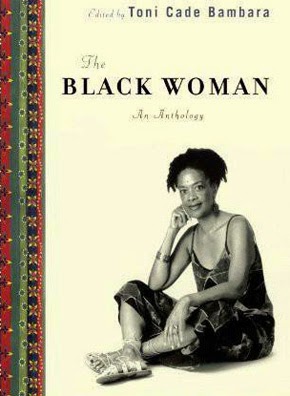 Savoring the Salt: The Legacy of Toni Cade Bambara
Edited by Linda J Holmes and Cheryl A Wall

This is a moving tribute to a seminal figure of American literature whose work continues to resonate." Booklist Oct. 07 "Nikki Giovanni, Amiri Baraka, Pearl Cleage and other African American luminaries remember the late writer and activist [Toni Cade Bambara]. What emerges is a portrait of a brilliant wordsmith and tireless revolutionary who 10 years after her death, is missed, says Cleage, 'each and every day.' Ms Magazine 2007 "This volume is a tribute to the legacy of Bambara, an appreciation of her work, and a celebration of her life and contribution to contemporary American literature and social consciousness. Editors Holmes, Bambara's former student and a successful writer, and Wall, a writer and Rutgers University English professor, assembled the voices of distinguished art and literary personalities like Amiri Baraka, Abena Busia, Sonia Sanchez, Eleanor Taylor, Audre Lorde, Rudolph Byrd, actor Ruby Dee, and many more.

They all write insightfully and affectionately, as they celebrate a truly genuine writer and social activist who made no apologies for being black and female. Recommended for public and academic libraries" Library Journal "These carefully selected ruminations by Bambara's peers stand as a testament to her and the impact of her iconoclastic vision and style...Savoring the Salt provides fond memories of an incandescent spirit." Filmbill "These personal reflections, scholarly essays, poems, interviews, and photographs--many previously unpublished—pay high tribute to Bambara...[T]he volume provides a comprehensive approach to Bambara's life and work.—Choice